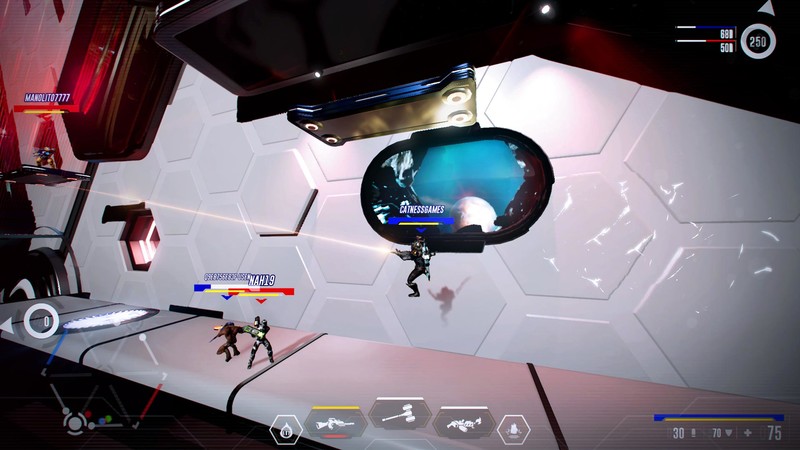 HIVE is a multiplayer hero shooter in 2.5D side scroll with futuristic style and frenetic gameplay. Up to 10 players will have to fight in Hexadiums, hexagon-shaped combat areas located inside the planet HIVE. Hexadiums are scenarios that are divided into 6 zones, each with its own gravity, and which have platforms and open spaces that turn it into a frenetic battlefield.

In HIVE, we assume the role of the best fighters of the different races that exist in the game: human military (UFG), human modified by alteno (NHC), robots (EVO), and evolved aliens (Aeons). Each Heroes has several skills and weapons that can be equipped before entering battle, to suit the style of play of each player and that make each game unique with the hundreds of combinations that you can have with the weapons and characters available.

The battles are governed by a series of rules according to their game mode: 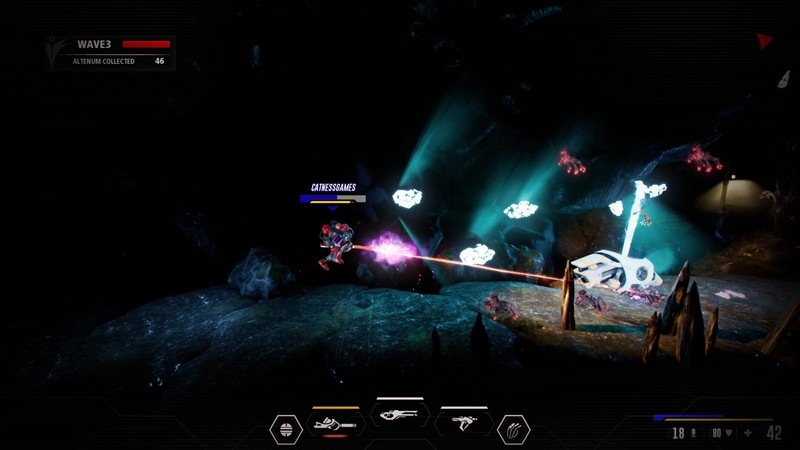 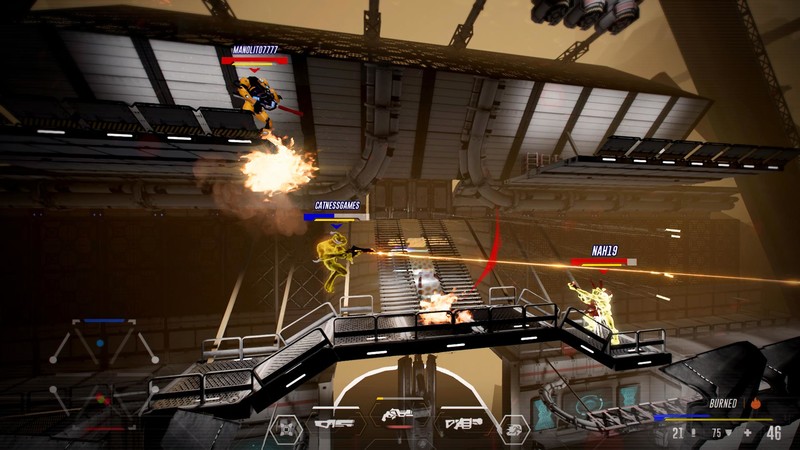 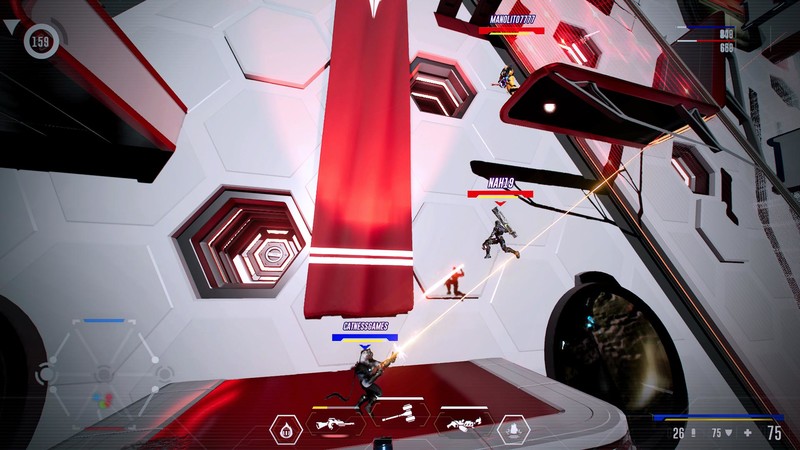 
this can be good game, but no players yet, 1 hour in game, without enemys ;c. So fun and frenetic!

Characters and mechanics are just awesome and the levels are the \u2665\u2665\u2665\u2665ing best.. Awesome gravity mechanics! Also i've played with some friends and is competitive as hell. Probably needs more community and players, but I recommend this game to people that is looking to something different and competitive.. dis game succs. I really like the concept of the game and it is pretty much fun to look at the different kinds os skills and weapons.
But i have huge problems to play the game properly, because I have huge laggs, low fps and it freezes often. My CPU is at 99%. Please fix this.