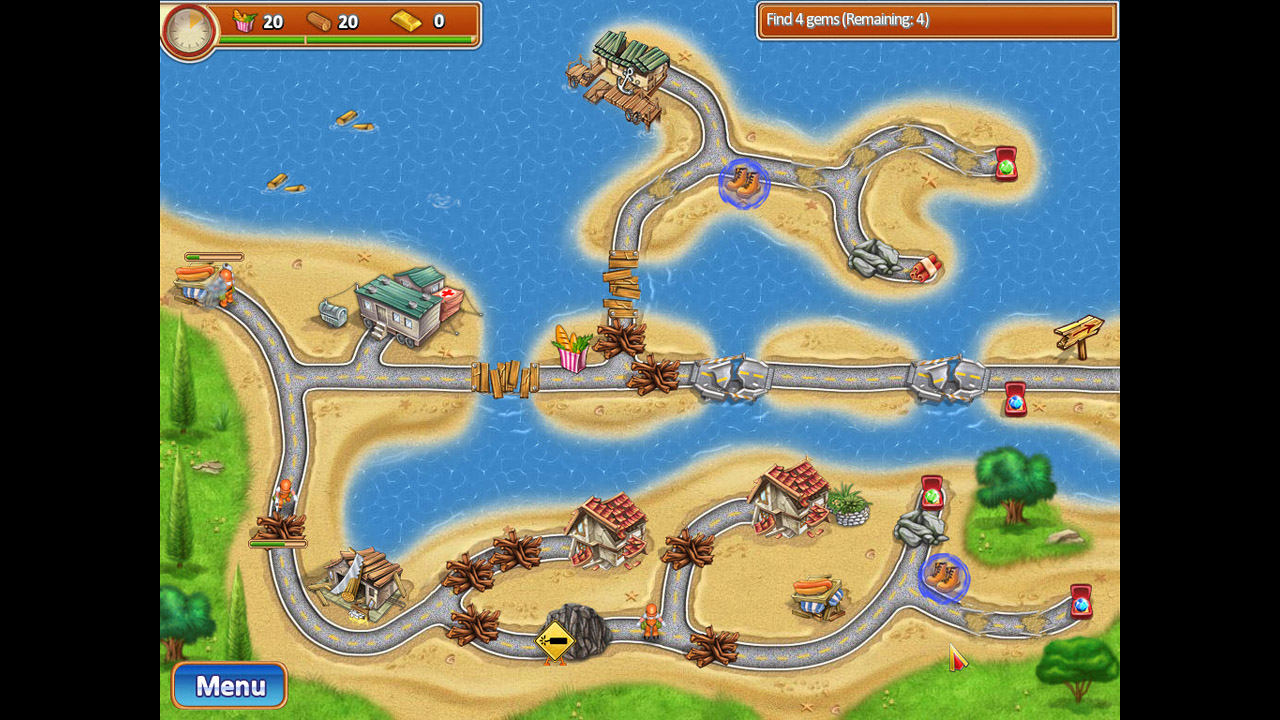 Control the rescue workers who rebuild three islands in the wake of devastating weather! Remove debris to free trapped workers in Rescue Team! Repair damaged restaurants, houses, and sawmills to produce necessary resources. Race against the clock to collect gems, put out fires, and save stranded swimmers! Rescue Team is fun, gripping, and unlike any other game you have played! 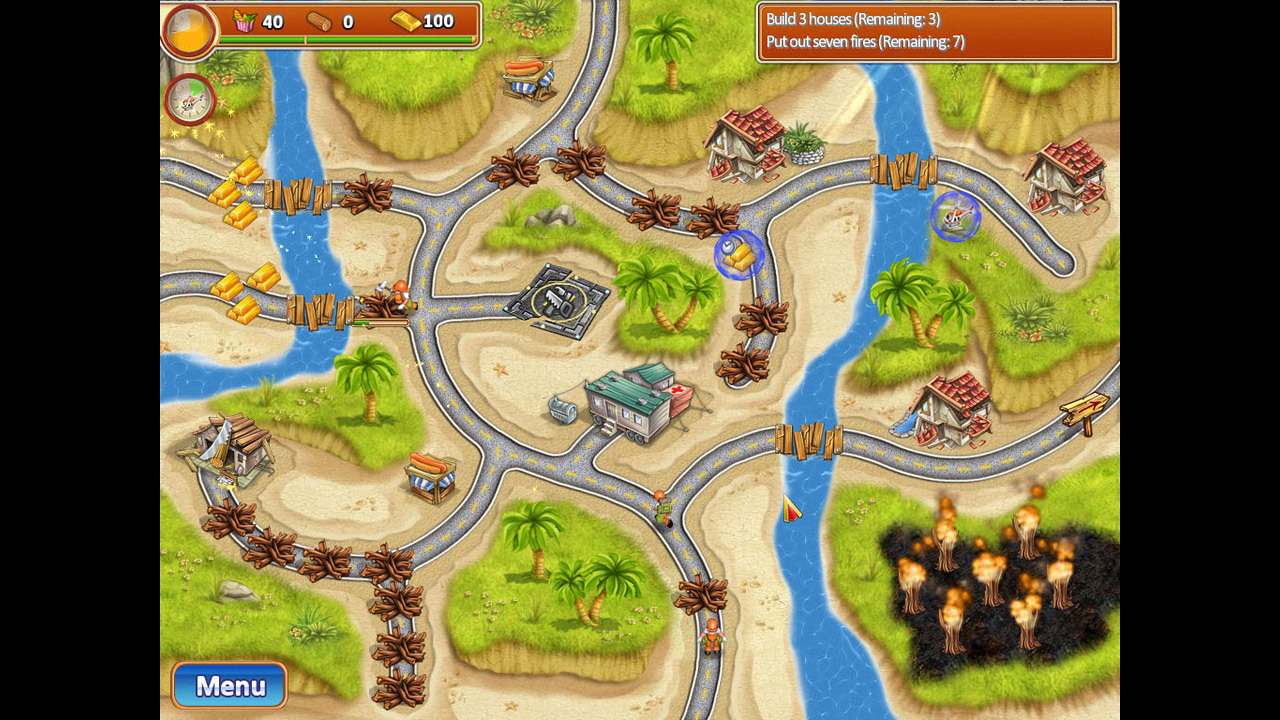 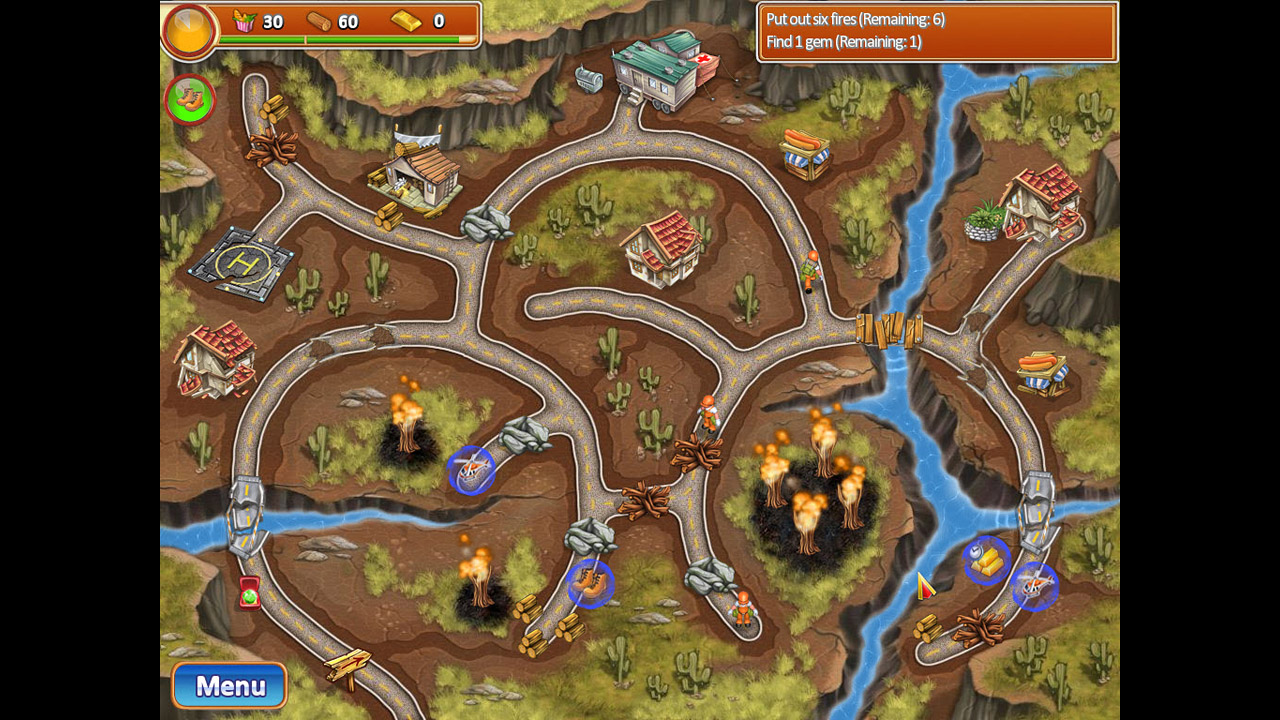 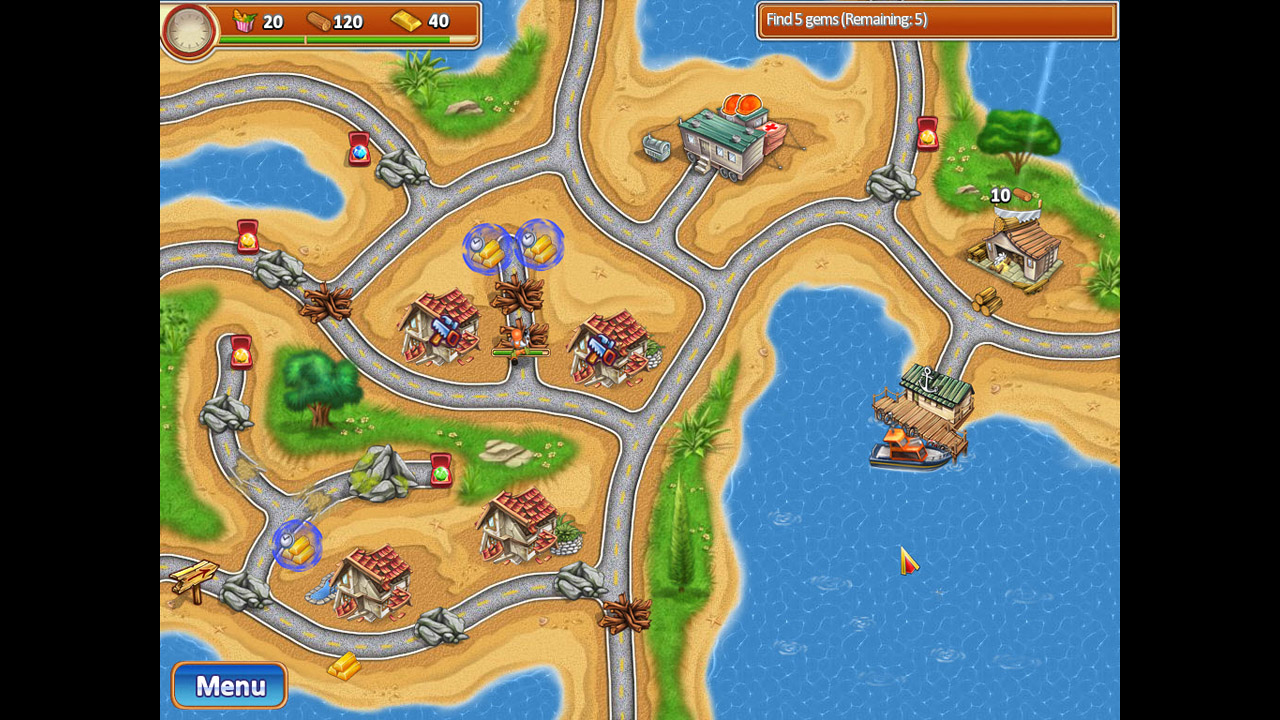 
Don't have nerves to play this game. Need to be precise to the seconds and workers cannot be scheduled ... Anyway for kids maybe will be fun :). Game Information

Rescue Team is a Strategy<\/i> game that was developed by Alawar Entertainment and published by Buka Entertainment.

I want to mentioned that the visuals in the game is well done. The visuals can be adjusted in the game's option menu.

I want to mentioned that audio for the game is well done. Even though the audio is somewhat simplistic and repetitive. The audio can be adjusted in the game's option menu as well.

There is no difficulty game modes to choose from but all levels have their own difficulty.

There are six different islands with the total of sixty levels.

Careful planning is required because of limited of resources that are available. The resources need to be collected by the workers manually.

Completing the levels in gold time pays out better than its' counter parts. There is an option of replaying the levels for better score and pay out.

The money is earned from the completing the levels. The money is used to restore broken various structures. The ruin's location is found under the 'Achievement' area. Each of the pair cost is a bit pricey.

Final thoughts: I have found the game enjoyable to a certain extent. The replay value for the game is low. I would recommend this game, but not at the game's full price value.. Simple but solid time management game. Most of the levels have multiple paths and don't require you to get rid of all the obstacles, and the levels are short enough that replaying to find the most efficient times doesn't get tedious. About 6 hours long.. A terrible natural catastrophe happened and your team is sent to repair and save people!

Rescue Team is a time management game, where you have to achieve objectives per level, with a higher bonus if you finish it before a certain time.

Workers can collect ressources: food, wood and gold. They can also repair buildings. Some of them are producing these ressources: diners give food, sawmills give wood and houses give gold. Others are objective. Finally, you have docks and an helipad. Docks are used to save people or to collect floating wood or fish (costing gold) and helipads to save people (yep) and to extinguish fires (against... gold). They can also repair the roads or remove obstacles. If you need more workers, they can be found sometimes trapped on the map.

The goal of the money collected by finishing a level is to repair your own house.

The game is very enjoyable but also challenging as sometimes, you'll be really just in time if you're aiming for a gold statue. It's due to the fact that workers, once they did an action, return to the base, which isn't allowing planning ahead. Each second lost by this simple fact is important. And it's probably what annoyed me the most. I'm so used to allow to plan the next action and to have my workers go directly there (Elven Legend, 12 Labours of Hercules, Gnomes Garden or Weather Lord allows that and as they're the time management games I've played, it's normal that I'm used to that kind of gameplay).

The graphics are also colorful and nice. It's like being in a world without darkness... even if some levels are under a thunderstorm. The soundtrack is also nice.

Rescue Team is a little enjoyable game: the gameplay isn't very complex (it will evolve as the series is at number 7), the price is more than correct, anyway, while I prefer other time management games (like 12 Labours or Weather Lord but they're also different in terms of gameplay while being similar in some aspects), Rescue Team is a nice entrance door for those who want to discover the genre.. Funny casual game!. A cute "worker circuit" mechanic, very similar to the 12 Labors of Hercules series. A simple, relaxing game, but achieving "gold" rating on some levels actually makes it surprisngly challenging at times.