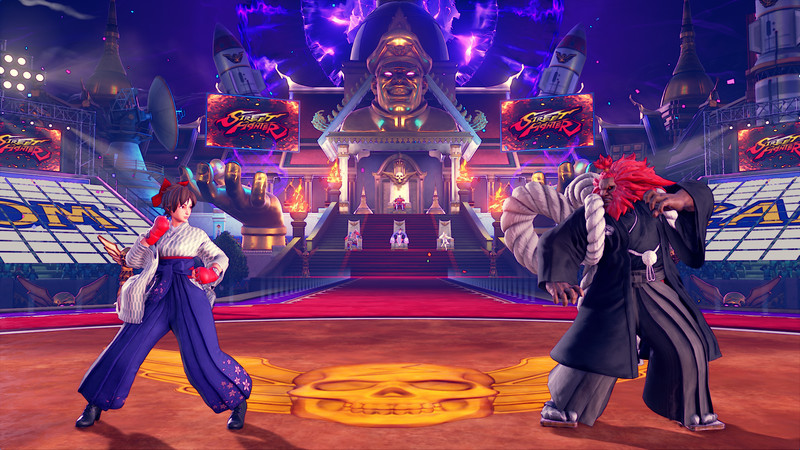 - CPT costumes for Akuma, Sakura and another character to be released at a later date)

Note: In order to use the EX5 colours you will need access to the relevant characters. The EX5 colours and special in-game titles are exclusive to this pack. 7aa9394dea


a bit \u2665\u2665\u2665\u2665ing expensive. The Akuma and Sakura CPT costumes are a bit dissapointing as they have been since the first CPT Pass, but I'm interested to see what MenaRD is going to come up with (for Birdie, probably).
Color EX5 is a nice gold\/black color palette that shines finely on most stages. Stages such as Air Force Base that have cosistently bright lighting do not serve the gold so well.
It is very dissapointing that the Ring of Power stage is not avaliable immediately because it was a majority of the advertising of the CPT 2018 Premier Pass from its announcement. However, from the images we have seen, it should look fantastic when it is actually released.
The five titles are quite generic as per usual with these CPT Passes reading "Capcom Cup 2018", "Capcom Pro Tour 2018", "Capcom Fighters", "CPT Fanatic 2018", and "FGC Member 2018" over generic CPT\/Capcom Cup backgrounds.
The two fighter profile designs are alright featuring a grey theme with the Capcom Cup logo and an azure theme with the CPT logo.
The 5000 FM is kind of pointless, but I guess it is better than nothing. The limited special missions seem to be where the real FM reward is with easy month-long 2000 FM challenges that can be completed in a few matches (or so it seems because the first is completed by performing 20 combos).
Overall, the CPT 2018 seems slightly overpriced, but that is how it is for most cosmetics in SFV. It is definitely worth it if you like the traditional style of the Akuma and Sakura skins or if you want the Ring of Power stage.. the golden EX5 colors are pretty cool. Originally I did not recommend this for people to buy on day one because in the description it said that ALOT of the items in the pack would be released at a later date, which made no sense. However it seems that Capcom changed their minds since this Pack was uploaded to the store this morning. The only thing that still wont be available in the premiere pack until an undetermined amount of time will be the "Ring Of Power" which i still find extremely annoying but atleast they decided to release the other stuff they originally were going to make us wait for.
Akumas CPT costume isnt bad but i feel that its missing something and feels very generic and not too special.
Sakuras CPT costume is great.
Also the Shiny Gold and Black EX 05 colors look amazing and im glad that capcom finally decided to give us PC players the CPT colors since they made them PS4 exclusives in the last two CPT Premier packs.

Is it worth the money as a whole? Yes
Do i wish everything was ready on the Premier Pass' release date? Also yes...
I hope ROP is ready VERY soon since thats actually the entire reason I bought the pass.. Shut up then take my money.