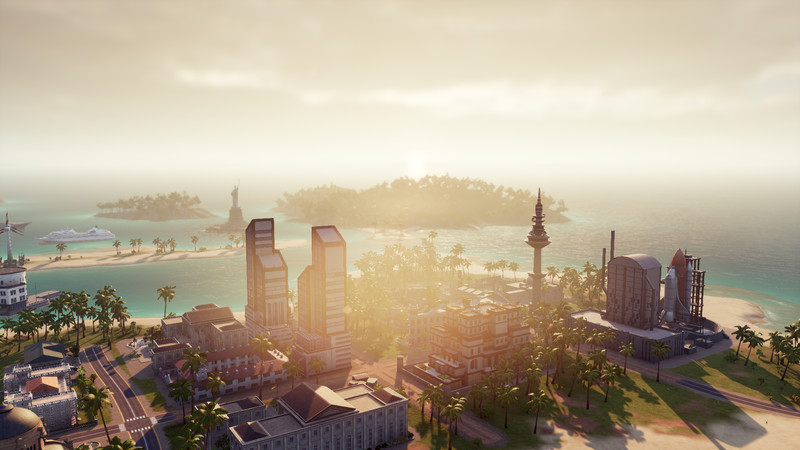 El Presidente is back!

Play on large archipelagos for the first time in the series. Manage multiple islands at the same time and adapt to various new challenges.

Send your agents on raids to foreign lands to steal world wonders and monuments, to add them to your collection.

Customize the looks of your palace at will and choose from various extras.

Tropico 6 features a revised research system focusing on the political aspects of being the world’s greatest dictator.

Election speeches are back! Address the people and make promises that you can’t possibly keep.

Online multiplayer for up to 4 players.

In times of political turmoil and social unrest, the people are calling for visionary leaders, who will steer the fate of their country with foresight and ingenuity. Prove yourself once again as a feared dictator or peace-loving statesman on the island state of Tropico and shape the fate of your very own banana republic through four distinctive eras. Face new challenges on the international stage and always keep the needs of your people in mind.

For the first time in the series, manage extensive archipelagos, build bridges to connect your islands and use new means of transportation and infrastructure. Send your Tropicans on raids to steal the wonders of the world, including the Statue of Liberty and the Eiffel Tower. Customize your palace at will and give election speeches from your balcony, to win the favor of your subjects. 7aa9394dea 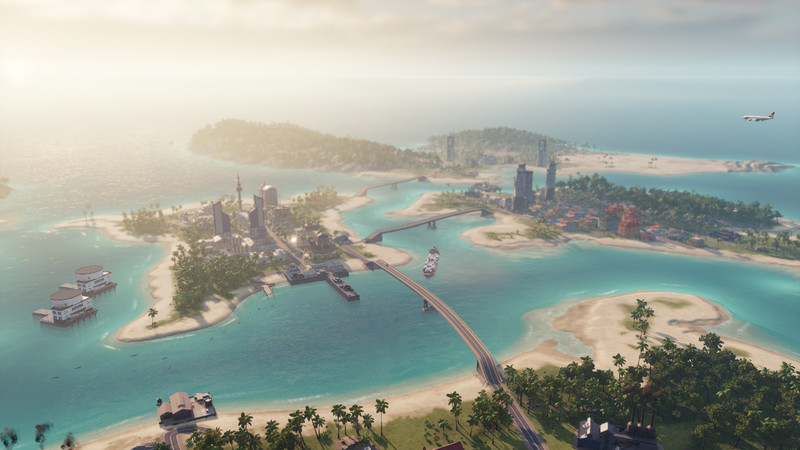 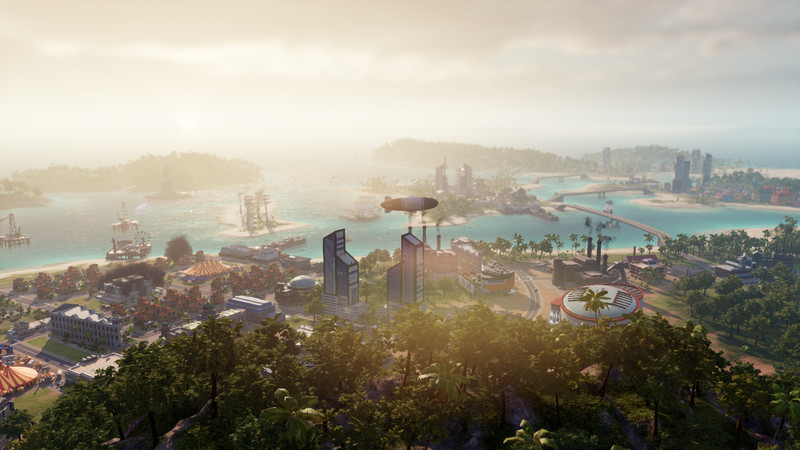 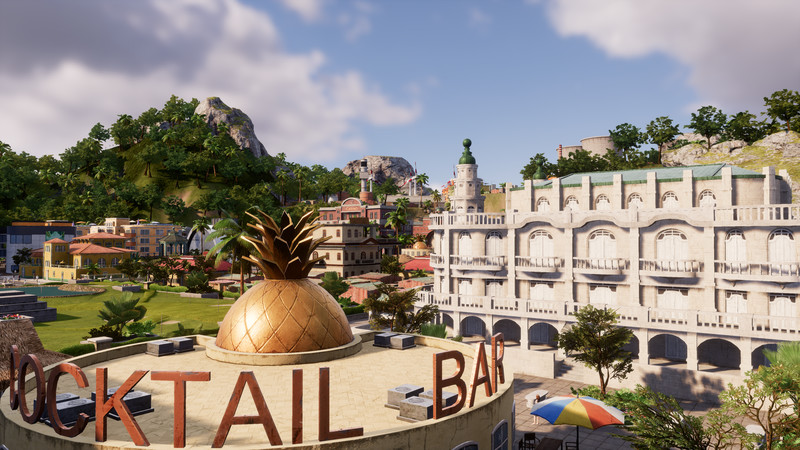 Tropico 5 with all it's DLC's had a lot more content than any title before it, but the economy, infrastructure management and AI all got messed up because of this which resulted in a completely broken game. Luckily the mods turned Tropico 5 into what is was supposed to be and allowed me to pour a couple of hundreds of hours of game play into of it.

I participated in the Tropico 6 beta, which was extremely limited in terms of the amount of content we were allowed to access and test. The entire modern era was not available for testing during the entire beta phase.

Now that Tropico 6 has been released and I have invested a decent amount of hours into it, I am very disappointed. The AI is far less intelligent than the previous rendition, the speed of the game has been incredibly reduced, which means it takes a worker a couple of months to do everything they need to do before they return to work for a 1 or 2 month shift, even if you build everything they need right next to their place of work, which means that you have at most 2 or 3 workers actively doing their job at any given point in time in each building, which renders most industries a long term net loss. Entire teamster offices will take off simultaneously for months at a time resulting in the entire economy coming to a halt whilst expenses never seem to slow down, which ends up in a constant struggle just to maintain a positive net balance.

Workers are extremely lazy, they would rather live in a shack in the most polluted industrial area of the island than move to a nice residential area with supermarkets, entertainment, schools etc which are only a block away from where they work.

There is no edict to control rent and allow all poor or retired people to afford housing, only an edict to make all housing 100% free, which is impossible to do when you can barely keep your budget in the positive, which means that it's impossible to provide housing for the elderly without crashing the entire economy, so a high elderly population always means a high homeless population.

This whole game right now is just a mess in terms of mechanics, logistics, infrastructure and AI, and the modern era is extremely lacking in content.

I am a big fan of Tropico, but this rendition has been a massive disappointment for me thus far.. Being a longterm fan of the Tropico-series and having played more than 120 hours in Tropico 5, I was highly anticipating the successor. After a switch in the development team and the announcements of creating the BIGGEST and BEST tropico ever, having played the Beta and awaiting first updates...

I must say I am hugely disappointed. Sure, the maps may be larger by bare size, the graphics may have improved and finally the speeches are back. But the population limit has been, because of performance, decresed.

What purpose does it serve if I have now an island twice as large, connecting multiple small ones, if I can only place 1.700 inhabitants there stable?
Tropico 5 not only had a higher limit, but was less resource hungry, allowing for manually increasing the population limit above 2.500.

I would suggest to get Tropico 4 (speeches!) or Tropico 5 (Modern Times!) instead. Maybe wait for a price drop, or check out lategame maps on YouTube.. A solid sequel. I love that Tropico has become an archipelago and that you can extend the country across multiple islands. The inclusion of the\u2665\u2665\u2665\u2665\u2665\u2665\u2665\u2665\u2665\u2665\u2665\u2665and commandos is also an interesting addition and I look forward to continuing my cruel dictatorship!. i have been a tropico player for more than a decade and this installment does not disappoint.. Super game. More of the same. Only better, and funnier. This game is so involved compared to other strategy games. And different requirements of different factions mean you can't use the same strategy all the time.

---{Bugs}---
\u2610 Never heard of
\u2611 Minor bugs
\u2610 Can get annoying
\u2610 Assassin\u2018s Creed: Unity
\u2610 The game itself is a big terrarium for bugs. > 1 month since release, still waiting for multiplayer saves.. There is much improvement from the last game. A bit difficult but that is what makes you want to go back for more.. I love the Tropico Series and this is familiar and good. However, it's not a vast improvement from the ones that came before. I think the price is WAY too severe for what content is available now as well as all the bugs and hardcore difficulty of stabilizing your economy to be able to build the fun stuff. I'm not impressed. I feel like I was ripped off paying 3x more than an indie builder game with more content, especially knowing the company is sure to release expansions they will charge an enormous price for when it should already be added in.
You know, Tropico 2: Pirate's Cove was gold. Why can't they just give us a better version of that one?