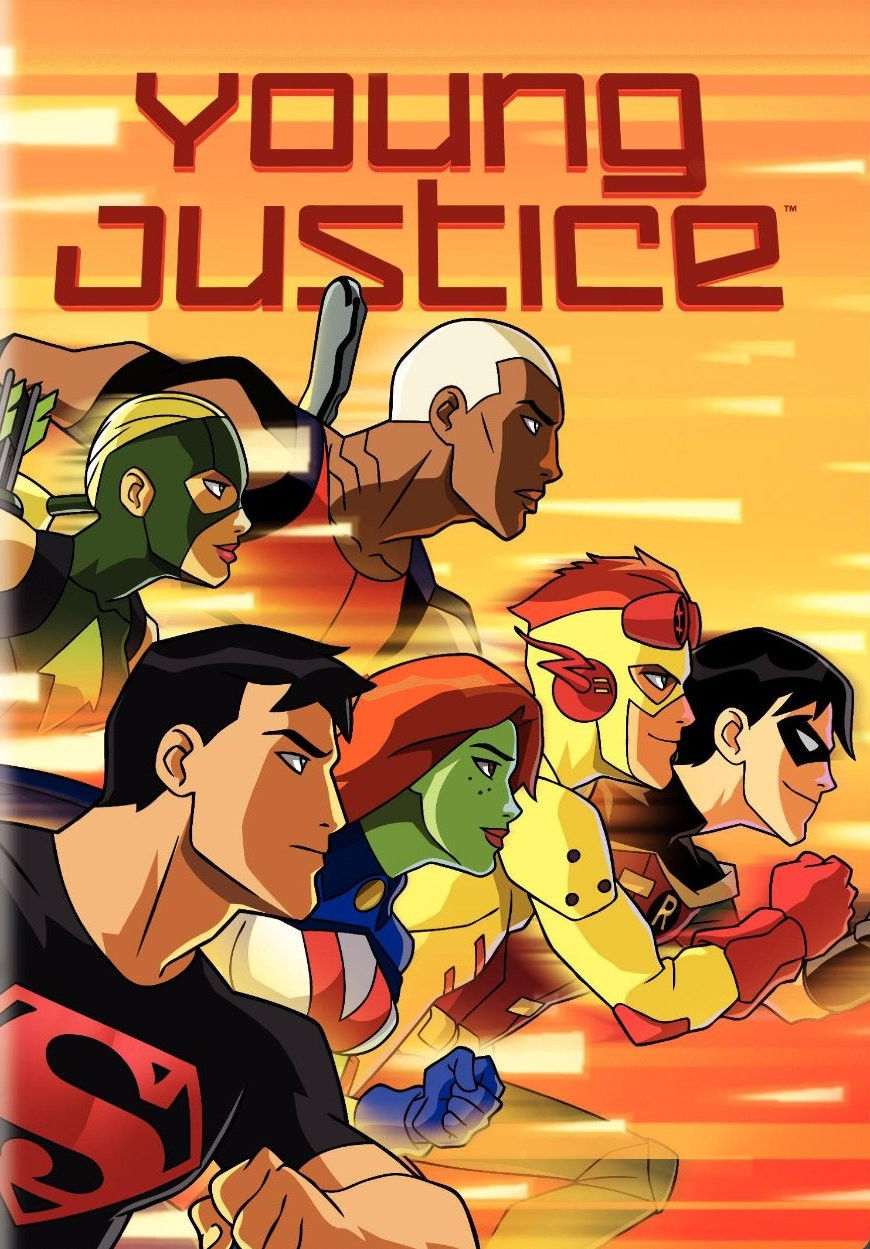 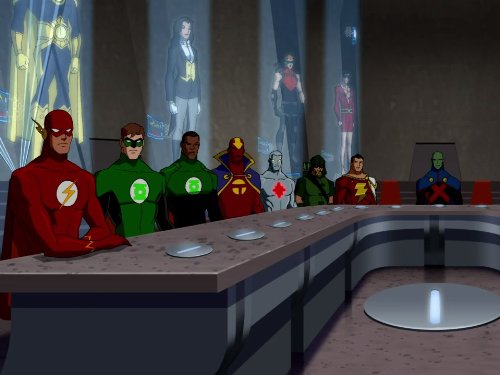 Within the Justice League, its members' teen sidekicks push for full membership, but it's only after they successfully investigate Cadmus in which find and free its secret young clone of Superman, Kon-El, is the League convinced. In response, the League organizes the teenagers into an apprentice team to both be trained and act on behalf of the League at their own pace. Now these teen superheroes, soon strengthened by more members, must battle the forces of evil in their own way, even as the mysterious cabal known only as The Light has a sinister agenda of their own.
Teenage superheroes strive to prove themselves as members of the Justice League.
I don't get it why they can't make a Season 3 of this the characters were pretty nice and interesting the story and action was nice but also it was a funny show and i liked how once in a while Batman, Superman and the rest of the League popped out to stop some bad guys and work with the Young Justice League and also Superboy is an interesting character he's no Superman but he was a nice fun character. They should definitely listen to the fans and make another season it was a great show with potential and heart but also new and old classic heroes that we all loved such a shame. I give "Young Justice" (2010) a 10 out of 10 and a A+ pretty nice show but also animation too bad that good things are always get cancelled.
The title sequence- which has the members of Teen Titans, oops I mean Young Justice, turn and moodily stare out the camera- reveals the intent of this show. That intent, as with so many shows nowadays, is one of self-conscious coolness- coolness, emotional detachment and darkness.

The art is generally outstandingly good, setting a new benchmark for a superhero cartoon. But, despite widespread critical praise for its "maturity and intelligence" I doubt whether this series will be as well regarded as the Timmsverse series of the 90s.

All the characters have attitude. Robin is an annoying computer nerd, although strangely he is still Dick Grayson not one of the more recent Robins. Kid Flash is an annoying loud mouth. He wears cool sunglasses, an affectation in a 13 year old. Speedy/Red Arrow is an intense loner. Aqualad is intense too, and somewhat of a loner too although nominally the team's leader. He does at least have some nobility although how much of that is black guy = noble savage, I'm not sure.

Superboy is super intense and a super loner. He wears a black t-suit and likes to brood. Artemis is the group's other archer, which would seem to be at least one archer too many. She's an annoying ingrate. Only Miss Martian, a sort of comic powered klutz, comes across as in any way likable.

Since all the characters are so unsympathetically drawn, it is hard to relate to them. The dialogue only makes things worse since it is very superficial. Sample Artemis: "I'm distraught!" Robin: "You better get traught, quickly." And many variations.

The story is one continuous plot, elaborately worked out. At the end of each episode, the league of Shadows are defeated by always claim to have achieved their primary objective. Unless this is bluster, this would appear to be the craziest plan of all time, to get your operatives defeated by a bunch of school kids. This seems to be building to something grand, but the series finale is a major disappointment, not just anti climatic in itself (with a nod to Starro, the first ever JLA villain) but leaving several threads hanging. These are not satisfactorily resolved at the start of the second series, which inexplicably takes place 5 years later thus robbing the story of any forward momentum.

However, many individual episodes have very interesting premises. One has them having lost their memories and another, probably the best episode, has them battling against androids in their own headquarters. Both these work because we see them overcoming incredible odds by their own wits and skill.

Elsewhere, they are saved several times by a member becoming Dr Fate, something of a Deus Ex Machina and also by the Justice League. This tends to undermine their ability but not as much as when they are helped by beings such an intelligent ball, an intelligent tiger and even Miss Martian's intelligent space ship. Again, I am at a loss to know what is mature about this? Overall, good artwork does not cover the lack of likability of the characters. And someone should tell the critics, brooding loners does not make a programme mature.
"The cast of the upcoming Young Justice animated series has been revealed! The main cast will be Jesse McCartney as Robin/Dick Grayson, Danica McKellar as Miss Martian, Kari Peyton as Aqualad, Jason Spizak as Kid Flash/Wally West (confirming once and for all that it is not set in the same universe as JLU), Nolan North as Superboy/Connor Kent and Stephani Lemelin as Artemis. Adult mentor superheroes will appear in the cartoon and include Bruce Greenwood as Batman, Rob Lowe as Captain Marvel, Phil LaMarr as Aquaman, and Alan Tudyk as Green Arrow."

(Thanks to Kevin Fitzpatrick, UGO.com) No, not any more. WB Animation announced in November 2016 that Young Justice would come back for a third season. Now called Young Justice: Outsiders, the new season will air on a new DC digital platform that is intended to debut later in 2017. Cartoon Network's Young Justice series is partially based on the 1998 comic-book series of the same name. The animated series is more of a composite between the original comic and DC's Teen Titans. The initial series line up consists of Robin/Dick Grayson, Kid Flash/Wally West, Aqualad, Superboy/Connor Kent, Miss Martian, and Artemis. Wonder Girl is among the characters who will be making a future appearance. The series is set on the world of Earth-16 within the DC Comics' Multiverse. The only real change when compared to the Young Justice comics is using Dick Grayson and Wally West as the Robin and Kid Flash in the series since they were the originals in the comics. Their replacements Tim Drake (Robin) and Bart Allen (Kid Flash, known as Impulse at the time) were the ones who were part of Young Justice in the comics, since at that point in the comics Dick had already become Nightwing and Wally had taken over his mentor's role as the Flash. Additionally Miss Martian is portrayed as Martian Manhunter's niece in the series, when she is actually a separate species of Martian in the comics called a white Martian who had transformed herself into a green Martian.

Despite the change, this version of Dick Grayson does have some of Tim Drake's themes from the comics, such as the design of the Robin costume and Drake's computer techie capabilities.

For Season 2 however which takes place 5 years later it does show Tim Drake and Bart Allen as part of the team as Robin and Impulse. This is not Aquaman's original sidekick, Garth, but a new Aqualad, Jackson Hyde, who debuts in the comic book Brightest Day #4. DC has revealed the identity of Aqualad's father as the villain Black Manta.. The first Aqualad is killed in the Blackest Night series.